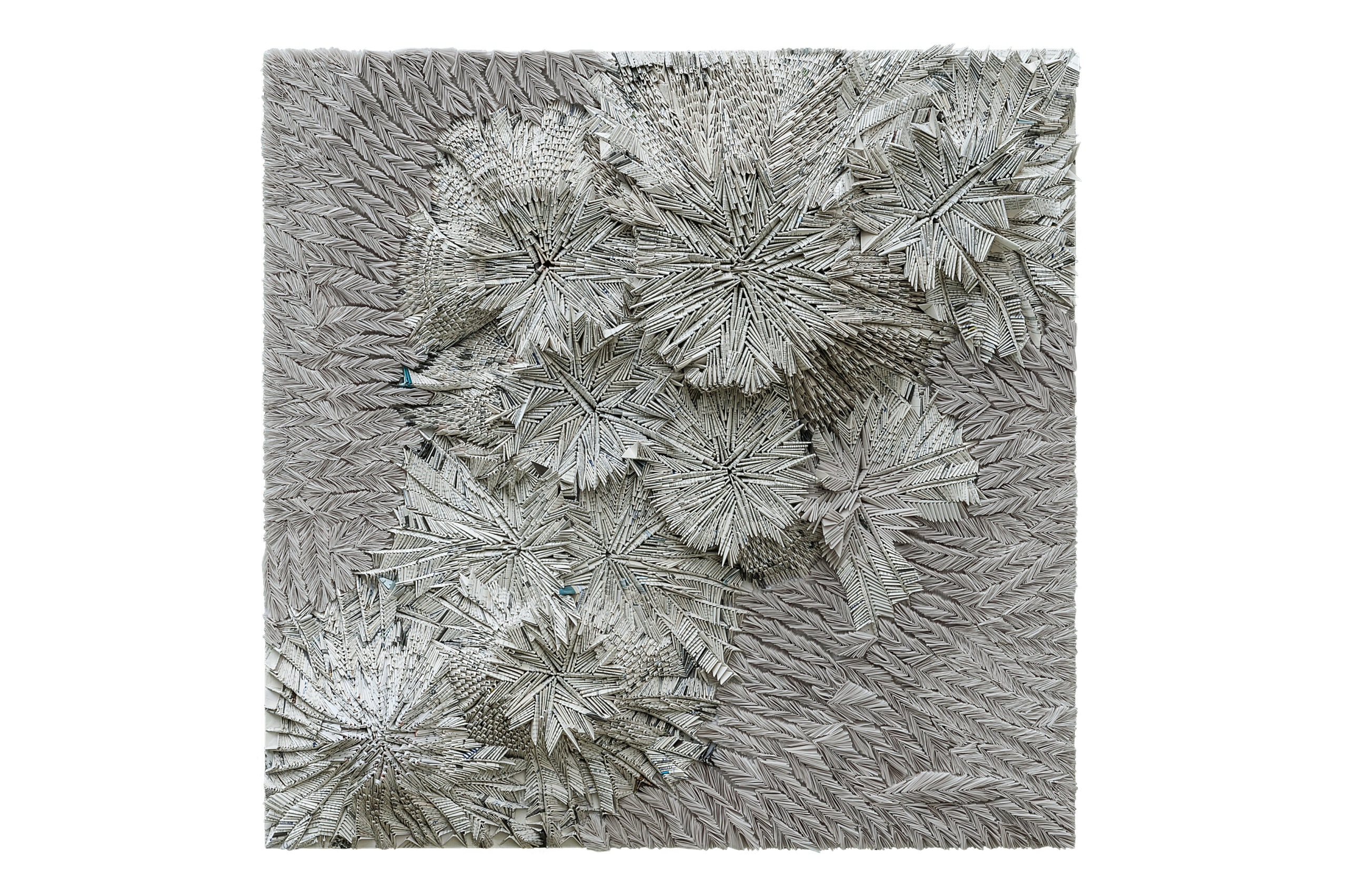 Samuelis Baumgarte Galerie, Bielefeld, Germany, presents an extensive show of works by Italian artist Amanda Chiarucci from August 28, 2022 to October 15, 2022 for the first time in Germany. Under the title “Abisso Amanda”, the multiform paper works of the internationally emerging artist interact with each other in their abstract and sometimes figurative formal language. Using the special origami module technique “Golden Venture”, Chiarucci creates three-dimensional sculptures and relief wall works that captivate the viewer not only through the use of specially selected paper material, but also through their detail.

The vernissage of the exhibition will take place on Sunday, August 28, 2022 at 11 am with an introduction by art historian Dr. Frank Duwe, President of the German-Italian Society, Bielefeld. The artist will be present. Accompanying the exhibition will be published a trilingual catalog.

Amanda Chiarucci was born in 1974 in Cesena and graduated in Forlì in Pittura e Costume at the Academy of Fine Arts in Bologna. Her artistic beginnings are linked to happenings and performances. Since 2013 she has been working with the innovative technique of Golden Venture Origami, exploring fundamental themes of life, such as ethnological and socio-cultural backgrounds, nature as well as time, as in Scorci di Ghiaccio, 2019. Amanda Chiarucci’s works are part of international collections, many museum exhibitions and are shown in galleries and fairs worldwide. She lives and works in northern Italy in the province of Forlì.

Amanda Chiarucci’s artistic works are based on experiences and adventures, which she processes in her works with a profound philosophical understanding and knowledge. In the process, associations and reflections on her biography emerge, condense, and ultimately culminate in a phase of creative design using the expansive, three-dimensional origami technique. Chiarucci finds the material for her innovatively collaged and assembled paper folds, as in Onde Maestose, 2018, in old telephone directories, city maps, and maps, but also in magazines, novels, and novellas, even in milimeter drawing paper.

By using other materials such as metal foils or aluminum nets, wood fragments, up to photographs, exciting dialogues are created, as for example in the sculpture De Divina Natura, 2019. The exhibition takes the viewer into a dynamic and evolutionary growing cosmos, which through the sometimes organically entwining origami modules creates a poetry of nature unique to Chiarucci.